From More from The Accidental Vegetarian, Simon Rimmer, Mitchell Beazley, 2012.

We seemed to have a surplus of leeks so I headed to the recipe books to find things to do with them. I was tempted by this recipe as I always enjoy a good pie. 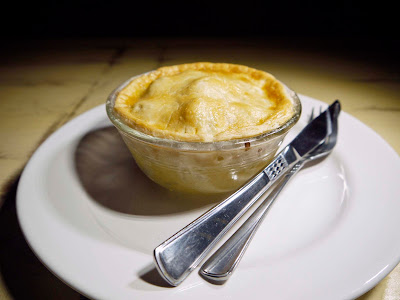 First a short pastry was made, wrapped in cling film and placed into the refrigerator until I was ready for the next stage.

Two reasonably large potatoes were peeled, cut up into cubes and boiled in salted water until cooked. 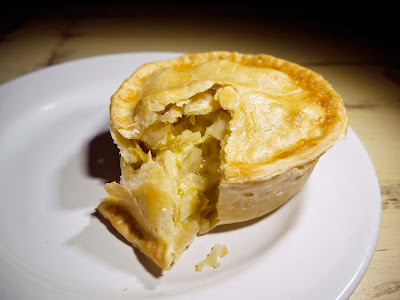 I chopped an onion, sliced two leeks and chopped a garlic clove. These were put into a frying pan and seasoned. They were then cooked until soft. Though butter was called for as a frying medium I used olive oil. 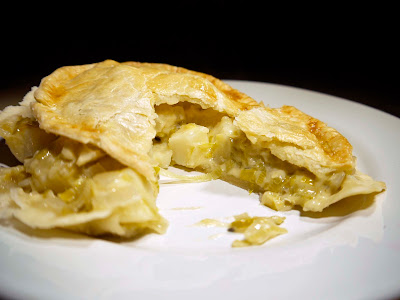 When the potatoes and the onion mix were cool they were mixed together. About 200g of smoked cheese was now grated and mixed with the vegetables. A tablespoon of Dijon mustard also was stirred in. 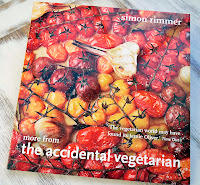 The pastry was now rolled out and placed into individual pie tins. In went the filling and a pastry lid went on. An egg wash now completed the task before they went into a 200ºC oven for 20 minutes.

This was a richly savoury pie, filling but ever so tasty. I am generally happy with cooking from recipes by Simon Rimmer. This is one to remember for future occasions.